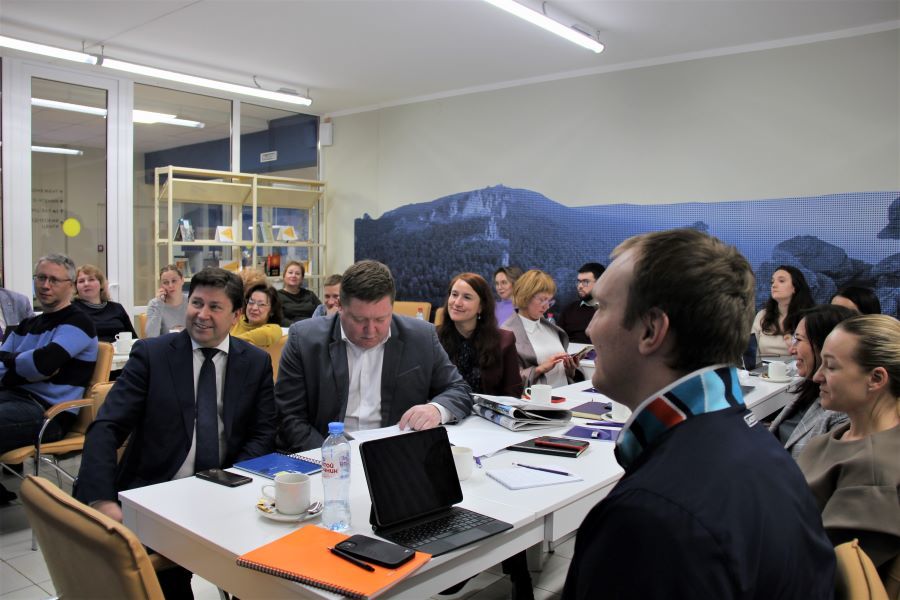 On January 10-11, a strategic session titled "Development of the Metafrax Group’s Integrated Communication System" was held in Gubakha, Perm region. PR specialists of the group's companies, experts, representatives of local self-government authorities and deputy body, regional and local media, as well as partner companies from Moscow, St. Petersburg, Perm region and the Moscow region took part in its work.

- Metafrax Group has been a reliable partner in the development of its target territories for many years. This is the philosophy of our brand, which is embodied in specific cases and projects both on infrastructure renovation and in the social and cultural field, - noted Maria Konovalova, the Head of Communications for the group of companies. - Effective implementation of our initiatives is only possible if we join forces with local authorities, key institutions and an active public, including in the field of communications. That is why we talk about their integration and involve a wide range of urban community leaders in the dialogue.

As part of the session, its participants discussed the results and plans of joint work, the geo-branding of Gubakha and other cities of Kizel Coal Basin, the development of volunteering and the implementation of the public program of the "Edinaya Rossiya" party, the introduction of ESG principles into everyday practice as well as current trends in new and traditional media. In addition, tours were given at the tourist infrastructure facilities: the all-season "Gubakha" resort and the "Uralsky Buket" tourist base at the shore of the Shirokovskoe reservoir.

It is planned that such events will be held twice a year.

- I think that such discussions in the round table format are useful for all participants, since their results form and subsequently implement specific cases and projects aimed at raising awareness of residents and involvement of citizens, including young people, in an active public life, - highlighted Nikolay Lazeikin, the head of Gubakha city district.