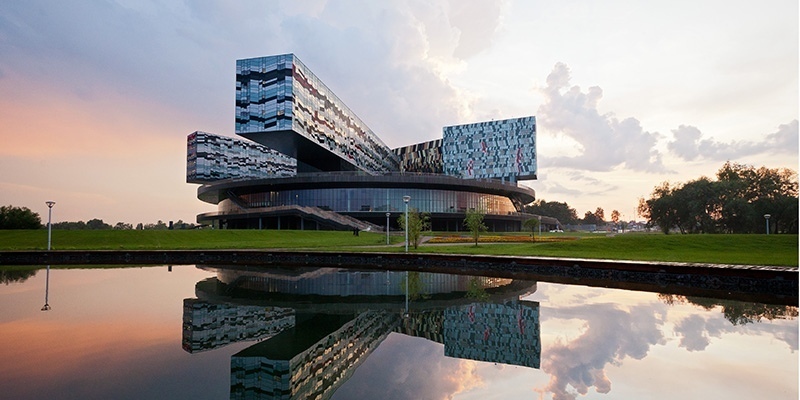 Seven winners of the competition received grants from the PJSC Metafrax for the training under the “Junior Live Career Navigator” program at the Moscow School of Management “Skolkovo”. The start of training took place on July 6.

The Company announced the implementation of the joint educational project of "Metafrax" and "Skolkovo" for schoolchildren in the Kizel Coal-Basin towns at the end of 2019.

In total, more than 60 schoolchildren of grades 8-11 from Gubakha, Kizel and Gremyachinsk became participants of the project. Evaluation of the works was carried out by a competition commission from representatives of the “Skolkovo” School of Management and the “Metafrax Group”. The project was being implemented with the support of the majority shareholder of PJSC Metafrax Mr. Seifeddin Rustamov.

The selection took place in three stages. As part of the first stage, students had to write an essay on the topic “Who from the businessmen inspires me?” At the second stage the participants listened to an online lecture on the topic "How to Tell Your Story." Based on the gained knowledge the pupils had to talk about one of the products of the “Metafrax Group” in the form of a video message or presentation. 17 people took part in the second stage. Each work was unique in its own way and reflected the individuality of the participants.

14 pupils took part in the final selection and sent their videos about career development ideas. As a result of the competition, seven winners got the opportunity to undergo training on the “Junior Live Career Navigator” online program at the Moscow School of Management “Skolkovo”.

Over 2 months of training leading “Skolkovo” teachers and experts will help students to decide on the choice of a university and future profession, in which they want to develop. The training program includes 7 modules, based on the results of which each participant will draw up a preparation plan for the implementation of their professional identity and continuous development for 10 years in advance.

«This unique education project for the Kizel coal basin’s towns became possible thanks to the cooperation between the township-forming enterprise “Metafrax” and the Moscow School of Management “Skolkovo”, - commented the assistant of the Chairman of the Board of Directors of “Metafrax” Mrs. Maria Konovalova. – Despite the difficulties, that we had to face due to the restrictions due to the coronavirus pandemic, we found an interesting format for online learning for pupils. The “Career Navigator” is a great opportunity for high school students to decide on the choice of a university and future profession. It is important, that schoolchildren not only from Gubakha, but also from Kizel and Gremyachinsk became the finalists and participants of the training at “Skolkovo”. We thank everyone for the active participation in the project and wish them further success».