First step to the profession 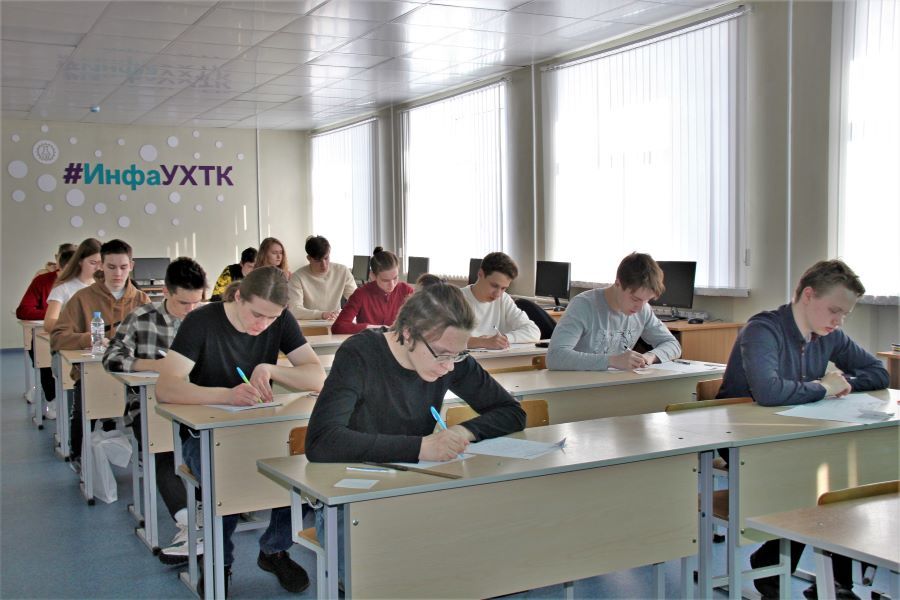 The Olympiad in Chemistry, Physics and Mathematics was held on March 26 at the Ural Chemical Technological College. Representatives of the towns of Gubakha, Kizel, Gremyachinsk, Alexandrovsk, Chusovoy, Lysva and Gornozavodsk of the Perm Region took part in this competition.

- Our Olympiad is performed already 15 years. All these years it has remained the main source of applicants, whom we annually send to study at universities, - stated in his speech the Deputy General Director for human resources and social affairs of the Metafrax Chemicals PJSC Mr. Rashid Shakirov. - This tournament can be considered a rehearsal before the unified state exam. Now you have the opportunity to test your knowledge in a competitive environment with the best age-mates from other towns. And for some of you this Olympiad may be the first step towards building a career at Metafrax Group.

The Olympiad was held in two sections: "chemistry-mathematics" and "physics-mathematics". Also the winner was determined for each of the three subjects according to the results of the tournament. The tasks were compiled by a team of scientists from the Perm National Research Polytechnic University. Two hours were given to the participants to solve the tasks of the Olympiad.

Then representatives of the Ural Chemical Technological College conducted an excursion in the college for the participants of the Olympiad and teachers. Mrs. Assiya Kobeleva, Associate Professor of the Department of Chemical Technologies of the Perm National Research Polytechnic University, told the children about the areas of training and the benefits of studying at the university. Mr. Rashid Shakirov and representatives of the Company's personnel training sector told the schoolchildren about Metafrax Chemicals. Graduates learned how to conclude a training contract and become an employee of the Company in the future.

Based on the results of the competition in the section "Physics-Mathematics", the leader was Anton Efimenko, a student of the Gubakhinsky New Educational Center. The second place was taken by his classmate Timofey Kolesnik, the third place was taken by Timofey Bondarenko from Chusovoy. In the section of “chemistry-mathematics” Vadim Tikhonov was declared the winner, Uliana Kiryaeva was awarded the second place, Ivan Shakhin was the third. All these students are from Chusovoy town. In individual subjects the results were as follows: Anton Efimenko from Gubakha showed the highest result in physics, Miron Karpov, a student of the Chusovoy Gymnasium, became the strongest in mathematics, and Vadim Tikhonov was recognized as the best in chemistry.

Mr. Rashid Shakirov granted honored diplomas and cash prizes to the winners of the Olympiad. Also the leaders of the Olympiad will have the opportunity to enter technical universities under an contract with Metafrax Chemicals.