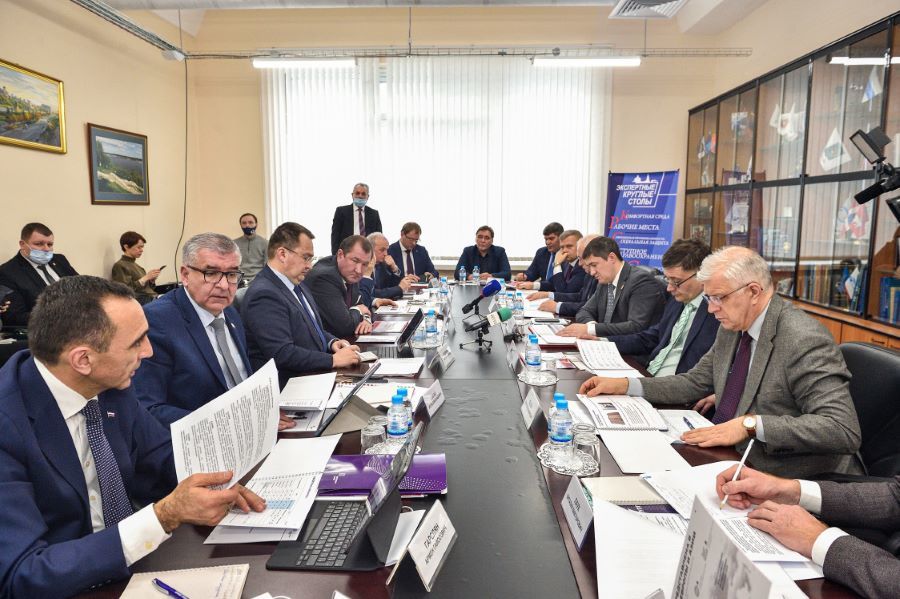 The round-table conference titled "Industrial Policy: Main trends and development prospects" was held in Perm. Dmitry Makhonin, the Governor of the Perm Region, Alexey Chibisov, the Deputy Chairman of the Government - the Minister of Industry and Trade of the Kama Region as well as the general directors of the largest enterprises have discussed the work of the regional industry over the past year as well as plans for the current one.

According to the governor, the importance of industry for the region is difficult to overestimate.

– This is our support, more than 230 thousand residents of the Kama region work at various enterprises. The successful execution of the Defence Procurement and federal target programs is continuing within the region. In addition, the implementation is ongoing for all investment projects for the total amount of 1.6 trillion rubles, which foresee the creation of 10.5 thousand of new workplaces in the region. Industrial cooperation is actively developing in the Kama region in order to promote the products of local producers. 13 traffic maps have already been signed, - concluded Dmitry Makhonin.

During the meeting, the head of the region said that the regional government is developing a socio-economic strategy for the Kama region development for the next 10 years. During its formation, representatives of Perm enterprises may offer their solutions for improvement of the industry field and other sectors.

Armen Garslyan, chairman of the Board of Directors of PJSC "Metafrax", during his speech has identified the training of highly qualified personnel for work at industrial enterprises of the Perm Region as a significant task that should be foreseen in regional strategic planning documents. He also spoke about the company's experience in resolving this issue.

- Any production is primarily about people. The company is attentive to its employees and creates comfortable conditions for life and work. Most of the social projects are implemented in cooperation with the authorities of the Perm Region and Gubakha. For a number of years we have been supporting the Ural Chemical and Technological College: we are updating the infrastructure technology and organizing industrial practice for students. As of today, most of "Metafrax's" employees are college graduates. Starting this year, we have signed a cooperation agreement with the Perm Scientific and Educational Center. In particular, the cooperation is aimed at improvement of the training system for highly qualified scientific and industrial personnel in the chemical industry, - stated Armen Garslyan.

Following the results of the round-table conference, Dmitry Makhonin instructed the relevant ministries, together with representatives of the industry, to work out the voiced proposals and consider solutions during the following meetings.

- I believe that industry should be the main focus of the regional policy. That is why it is important to directly hear the opinions and suggestions as to which direction to move forward in. We will make this format of interaction with industrialists a regular one, - noted the governor.